My heart swells when I think about Ally.  How much she’s grown, how strong she is becoming. 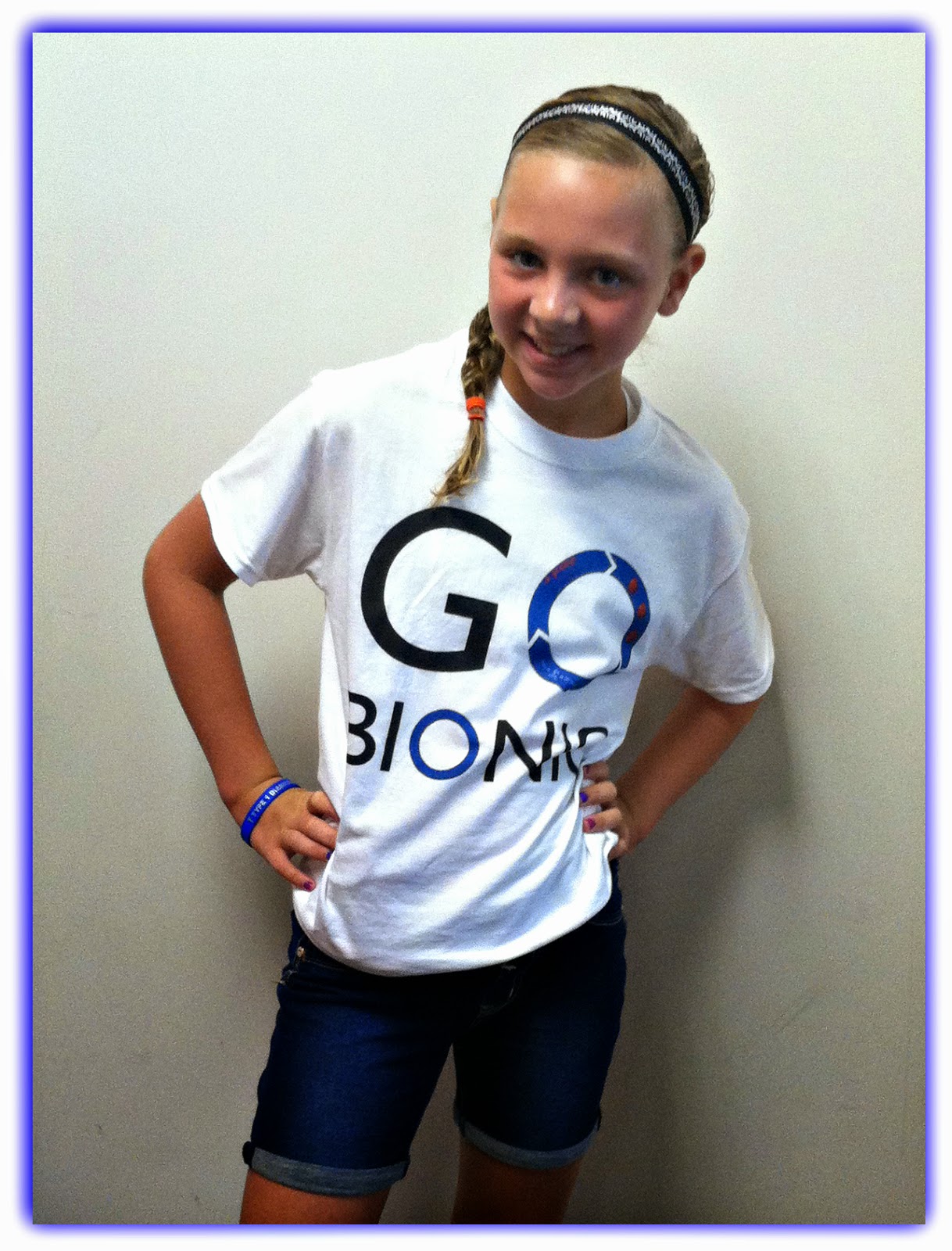 Ally has always had a positive attitude, but like most people living with diabetes, she has moments of really disliking diabetes.  It is a constant burden to worry about blood sugars and how foods, exercise and emotions will play into the next insulin dosing decision.  There are many legitimate reasons for getting down or feeling overwhelmed with Type 1 Diabetes.


Following our Friends for Life trip last summer, Ally and I talked about choices for the next year.  I asked her if she wanted us to attend FFL again, or if she wanted to go back to diabetes camp next summer.  The last two years FFL and diabetes camp have overlapped, so we had to choose one or the other.  She was torn because she really wanted to go to camp this summer, but knew that if she went to FFL, she'd get to spend time with Addy, her "friend for life".  Jokingly, she said, "How about if Addy comes here and goes to camp with me?"  We laughed and I said I wished that were possible. 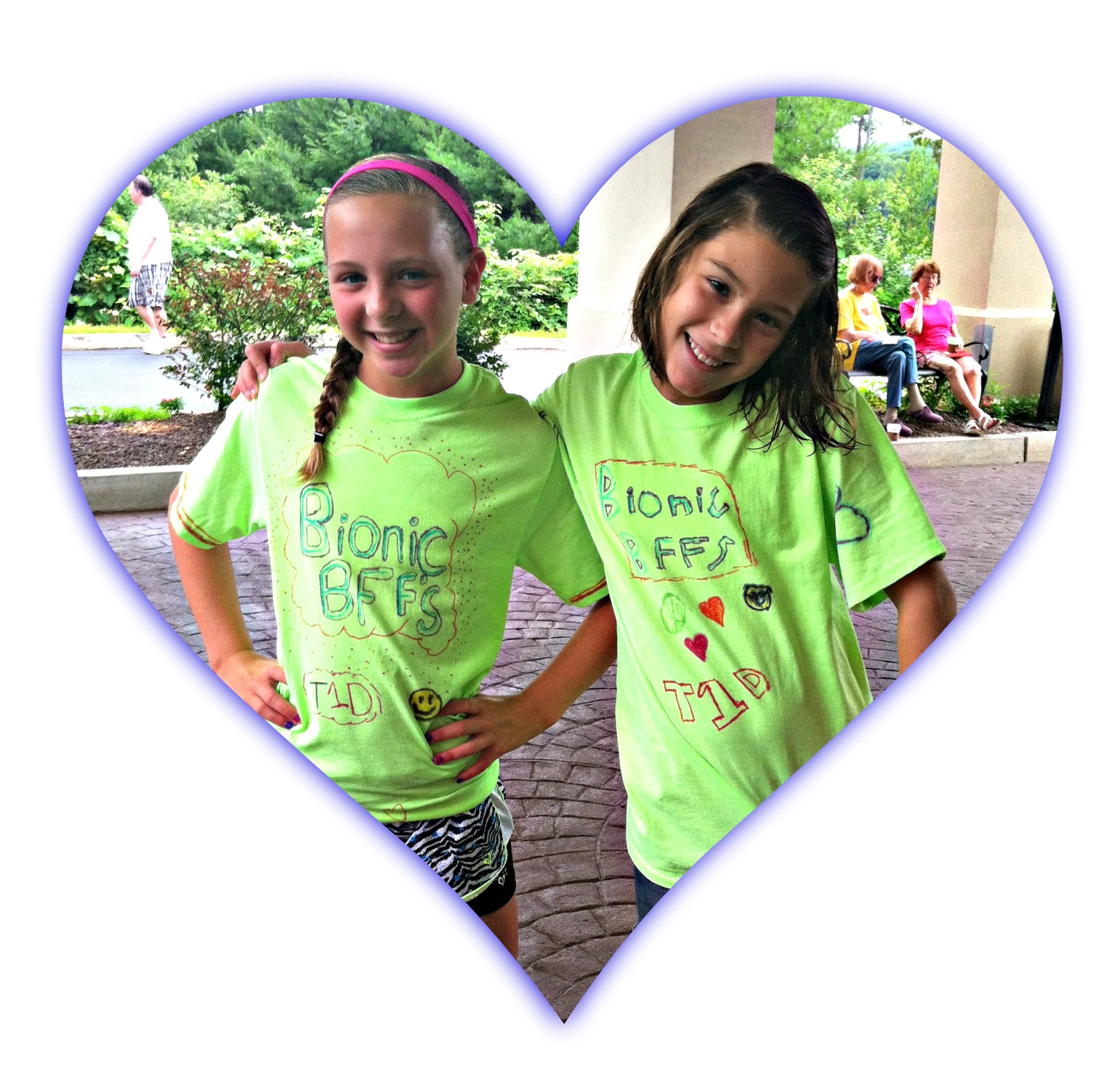 Then when I learned that Ed Damiano and his team would be recruiting for the Bionic Pancreas Camp Study, I showed Ally a picture of Clara Barton Camp.  I said, "What if you and Addy could go to camp together?"  The first thing she said was, "Mom, isn’t that the camp where they got to wear the Bionic Pancreas?  I DEFINITELY want to go there.  Can I wear it while I am there???"  She had no idea that my next question would be “How would you feel about being in a clinical trial for 6-11 year olds?”  She screamed, "DEFINITELY!"

I had started out thinking that I needed to really talk to Ally about this study and make sure that it would be something that she really wanted to do.  While I had listened to Ed Damiano present his Bionic Pancreas project multiple times at different Children With Diabetes events, she had only seen a video and briefly heard us talk about it.

What I didn't know was that she had already "bought in" to the idea of it.  I learned that she had written a paper about the Bionic Pancreas at school shortly after watching the video from last summer's camp study.  She also told her school nurse and teachers all about it.  From then on, she asked me month after month if I had heard anything about recruiting for the study.

It makes my heart swell with pride that Ally said “DEFINITELY” when I asked if she’d be interested in participating in the Bionic Pancreas Summer Camp Study.  It made me cry the second that I saw her wearing it.  She is doing something awesome! 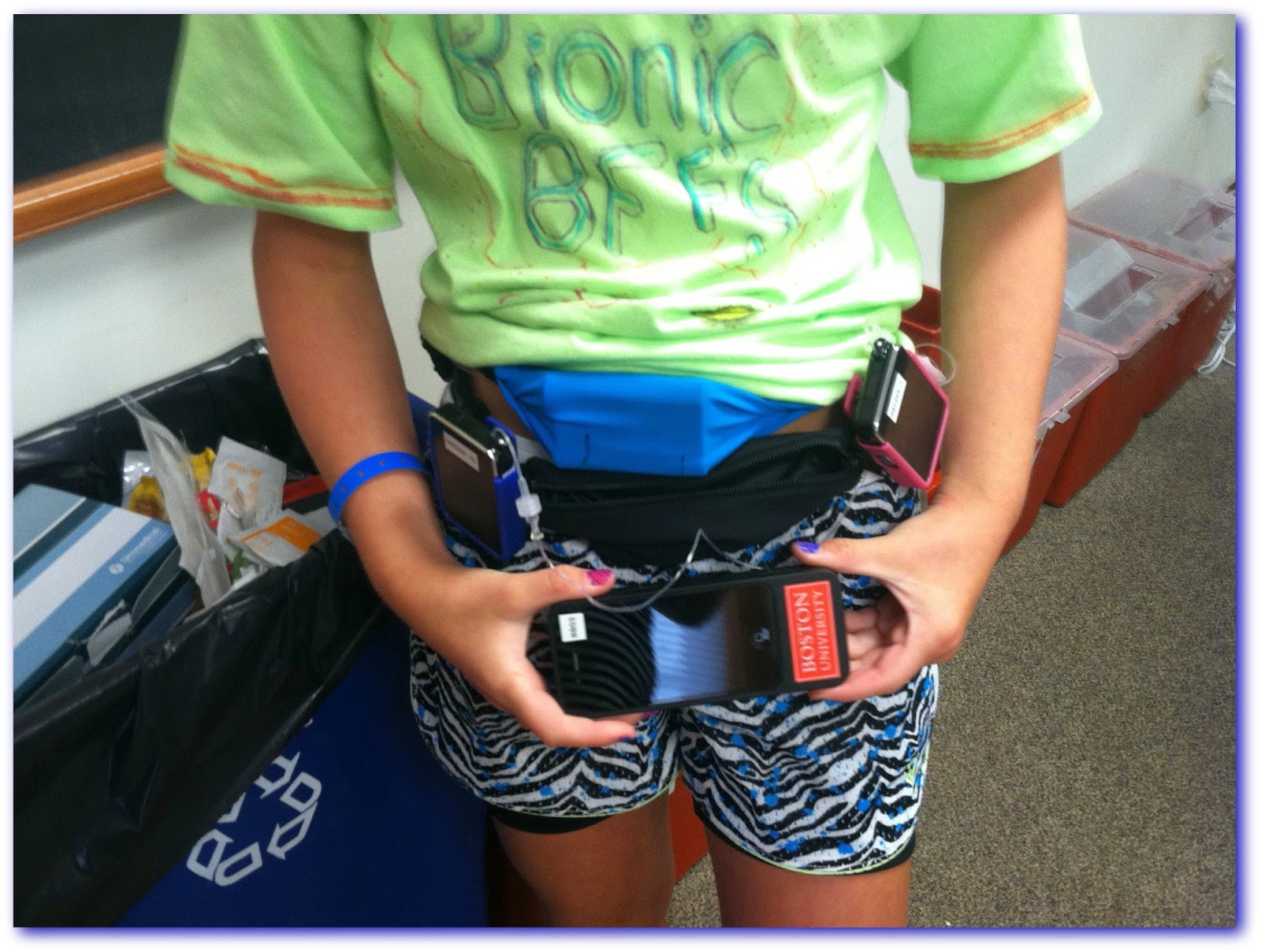 She is turning this burden of diabetes into something more.

Ally was smiling from ear to ear from the moment we arrived at camp until the moment that I said goodbye.  (And she even tried to keep smiling while I bawled!)  She has been excited about the bionic pancreas since the first time she watched a video about it.  As I was leaving camp, she said, "Mom, I think I'm going to use up all of my pictures on this (pointing to her bionic pancreas) and of Ed Damiano!"  Lol.  She is old enough to appreciate how life changing this is for her and for all those with diabetes.  And I think she's old enough to understand how proud we are of her too! 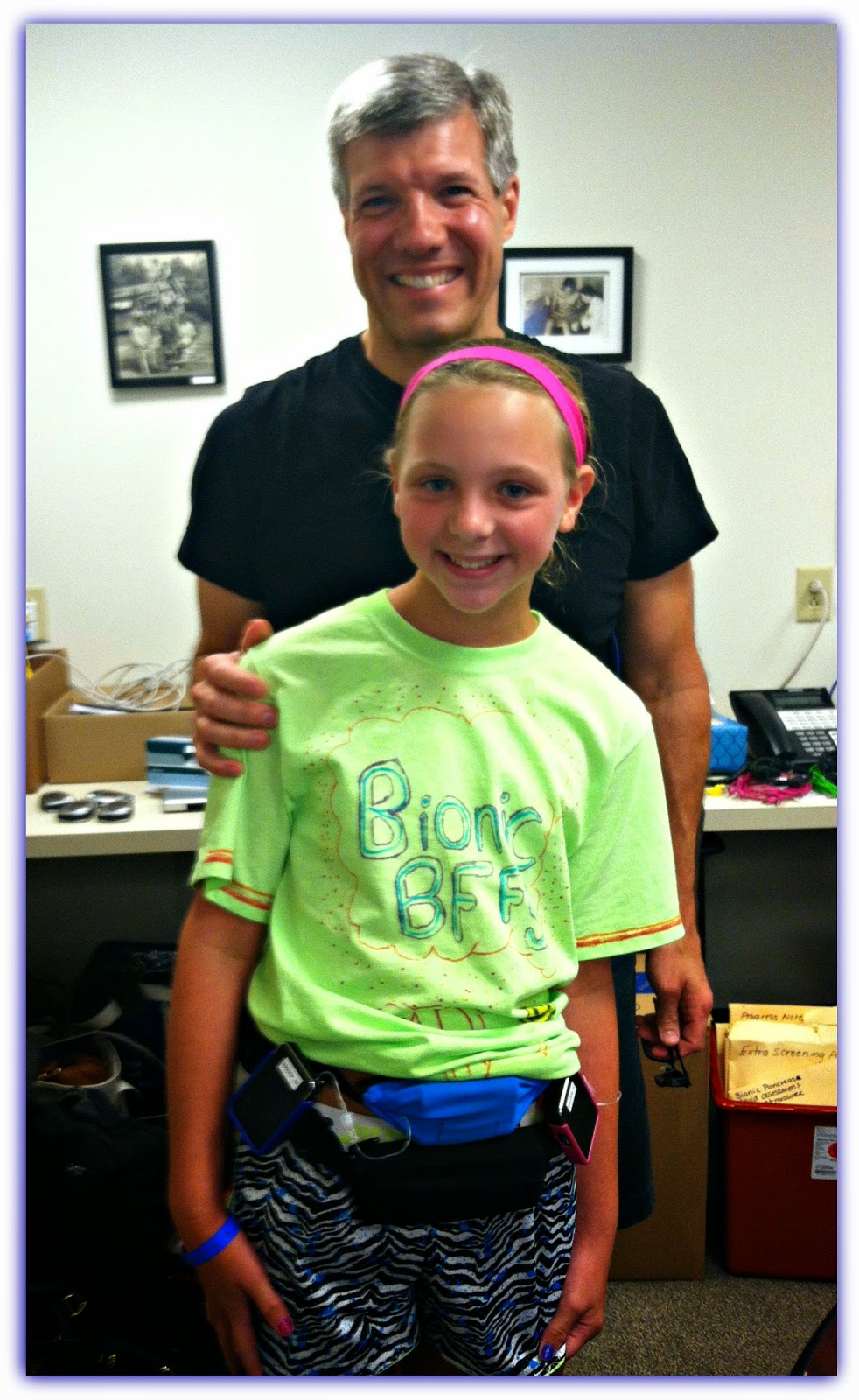 Few things make my heart as happy as it does when something gives Ally hope for a better quality of life.  THANK YOU AGAIN to the whole Bionic Pancreas team!  You have given Ally, our family and all those with type 1 diabetes something to feel hopeful about.

This post is part of a series documenting Ally's experience as a participant in The 2014 Bionic Pancreas Camp Study.

UNTIL THERE IS A CURE

MESSAGE IN A BOTTLE

AFTER THE BIONIC PANCREAS

I WISH IT WERE THREE YEARS FROM NOW