Join me for WEGO Health’s Webinar - Health Activists: Advocating for Others

I just registered for WEGO Health’s exciting new webinar and I wanted to share with everyone. Here are the particulars:

What:  Health Activists: Advocating for Others

When:  Monday, August 29th at 8pm eastern (the webinar will last one hour)

Where: Sign up here and you’ll get all the details

This webinar focuses on the joys and challenges that come with being a caregiver for someone else, especially for parents focused on the health needs of their children. Marla and Janeen will share their own personal stories as caregivers and will discuss ways to educate and empower yourself to be a better, more effective caregiver while also maintaining your health.

The webinar is for anyone who spends time helping to manage another’s health or caring for a patient. Whether you’re a caregiver for a special needs child, advocating for your aging parents or relatives, or just want to know more about balancing your own needs with those of someone else, the webinar will offer something for everyone.

By signing up you’ll also have a chance to ask specific questions of the Health Activists involved and you’ll get access to the archived version of the webinar!

I am looking forward to some great information from Marla and Janeen!

**This post is my entry into WEGO Health's "Advocating for Others Contest."

Well, it's been a while since I've been here again.  Now that the kids have started back to school, I'm hoping to catch up on some blog reading and hopefully do more blog writing too.  Today I have a little bit of this and a little bit of that...Conversations from the Summer.

Do I really ask her THAT much? Oy! I need to work on that.

A - “I’m kind of getting better at telling my teachers when I feel low. “

Why do you think that is hard for you?

(I didn’t realize that this was still uncomfortable for her. I knew that it was very hard for her in 1st grade. And she had the sweetest, least intimidating teacher possible! But I thought that we had gotten past that. Last year, she did tell me that having the CGM made it easier for her because she could blame it on the CGM alarming, and not something she was choosing to do. I feel really badly that she takes this so personally and that it is hard for her. How in the world do I make her understand that she doesn’t have to feel embarrassed about telling her teacher that she feels low?) 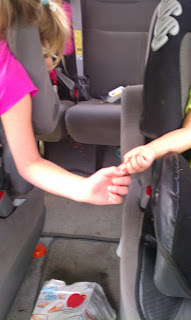 What if you wanted to eat more than ¼ cup of something?

But you don’t know how to add fractions do you?

Sweetie, that is adding fractions and you didn’t even know it!

A - “Yeah, well the kids that didn’t know how to do that just said that they ate 2 – ¼ cups of mac-n-cheese or whatever. And that made me think of an idea. Can we take that camp survey again? I want to tell them that they need to have little pieces of paper and pencils on the tables because sometimes it was hard to remember to tell them all that we ate.”


(At camp, they bloused after meals. As I said in my camp post, I was not crazy about this at first, but taking into consideration that they were serving themselves and eating foods that they may not eat regularly, I think it was a good plan. Although, I am surprised that the kids just had to remember what they ate and then report that to the doctor who was administering the insulin. I like giving them responsibility, but for the younger ones I would feel better knowing that someone is helping them to “add fractions”.)
~~~~~~~~~~~~~~~~~~~~~~~~~~~~~~~~~~~~~~~
Conversations about a BG log…

A - “Mom, my numbers have been really good today. I’ll try to do it again tomorrow.” 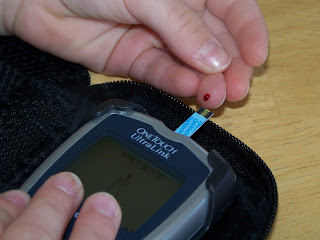 The blue quotes are something typical of what my brother and sister-in-law might say.

The pink quotes are ours.

Ready to head out on the boat, “Did you put drinks in the cooler? Did you pack Ally’s Juicy Juice? Are the towels in your bag? How about sunscreen? Do we have a syringe just in case? (a lesson learned from No Delivery, No Way! ) Did you throw in the glucagon?

Before swimming, “Do the kids all have their life jackets on? Do you have a plug for Ally’s site?”

After swimming for about an hour, “Have you reapplied the kids’ sunscreen? Did you pre-bolus Ally for missed basal?”

While riding along on the boat, enjoying the wind in our hair, kids on the tube, “Oh no! Hold everything! Ryan’s hat just blew off his head into the lake! Turn around let’s see if we can find it.” “Oh shit! Ally’s site just came out from bouncing all around in the tube. Turn around…we need to go get another infusion set.” 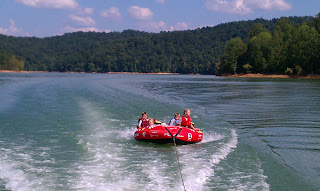 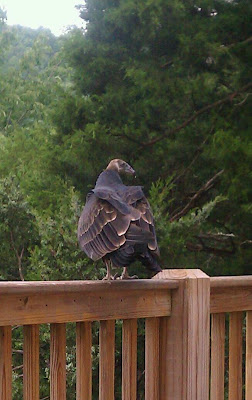 In case the picture that I snapped, while shaking in my flip flops, does not give you the full picture, check out this picture that I found on Wikipedia The Free Encyclopedia.  That is exactly what I saw flying by me several times before he decided to land on the deck! Look at that wing span!! 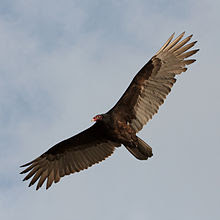 I researched the buzzard that I saw and accoring to http://www.ehow.com/ it is known as a turkey vulture.  This is the description of its size.


An adult turkey vulture is a big bird, measuring up to 32 inches from head to tail. When the wings are fully extended, it has a wingspan of up to six feet. The average healthy adult weighs as much as six pounds.

And with that, my blog post came to an end because 1) my fingers were shaking too much to type and 2) I completely lost all of the thoughts that were previously in my head.

Today was "take a picture of your pump day", a facebook event created by TypeOne DiabetesAwareness.  Just when I thought that we would take a picture of Ally's beloved MM Revel pump, it decided to stick its tongue out at the idea!

2 years and one month ago, Ally started wearing her Minimed insulin pump.  It is her life support, for sure.  But it has also become like a best friend, someone -thing that she depends on.

Today we said goodby to Ally's beloved friend.  "Mini" started beeping about mid-morning, giving us a message of "No Delivery".  Ally came to me and said, "For some reason my pump got suspended."  It was not suspended...it was telling us that it was not delivering insulin.  It prompted me to rewind, which I did.  We received the "No Delivery" alarm a second time.  I have to admit that my blood pressure started to rise at this point ( I know this because my cheeks started getting hot!)  I decided to change Ally's site, rewind the pump, insert a new reservoir and tubing, and change out the pump battery.  When I got to the point of priming the new tubing, it says "No Delivery" again.  Now panic is beginning to set in.  We were not at home, so the only insulin that I had was in the reservoir from her pump.  We would be eating lunch soon, plus I worried that her BG would already be high because I did not know for sure how long her pump had not been delivering her basal rate of insulin.

At first, I decided to throw in the towel and just head home.  But then I remembered reading a post on Crazy Happy Life when Shamae shared a tip about using a syringe to pull insulin out of her pump reservoir.  When I went back to find this post to link to, I was amazed to see that it was almost 1 year ago to the day that I read her tip.  Thanks so much Shamae for sharing that tip, it saved my life today!

Ally checked her blood sugar...88.  Ok, so it looked like the pump had been delivering insulin up until this point.  I used one of the syringes that we carry in her diabetes bag to draw the insulin out of her pump reservoir and gave her a shot.   (But not before I cleared the cobwebs out of my brain!  It has been over two years since I have had to calculate a carb bolus, a correction dose or even fill a syringe!)  I was so impressed with how maturely Ally handled this whole situation.  While I was freaking out a bit, she was calm and collected.  She said, "Mom, at camp, I saw lots of kids giving themselves their shots...do you want me to do it?"  She is AMAZING!

Now, I know that insulin pumps are computers, and technology often has glitches.  But I felt a sense of betrayal that something we put so much trust in just quit on us today.  I trust that little machine to keep my daughter alive for goodness sakes!  I believe that those emotions were a product of my momentary "panic" that her pump was not delivering insulin.  I have never appreciated her insulin pump more than I do today...or will tomorrow when the new one arrives!

I called Medtronic's helpline right away.  (Since I was not at home, it really came in handy that their phone number is located on the back of the pump.)  The woman that I spoke with was very apologetic and very helpful.  She walked me through some troubleshooting with the pump...where we had some more "No Delivery" alarms and, eventually, an error code of A21 after the pump kept restarting itself.  She said that they would send out a new pump to us right away and that we would have it by noon tomorrow.  She even asked me if I needed assistance in figuring out what we were going to do until the new pump arrived.  I told her thank you, but I would be calling our doctor.

So, after 2 years and one month, another phone call to Ally's endocrinologist, a new plan for dealing with diabetes "pumpless" for the next 24 hours or so, and we were off on a basal/bolus plan once again.

This evening Ally commented that it felt really weird to not be wearing her pump pouch, which holds her insulin pump 99% of the time.  (Once or twice she has used the clip to clip it onto her waistband.)  Ally wears her pump 24/7, with the exception of bathing, swimming and some sporting events like soccer.  My husband said, I guess that's a good thing that she misses it.  It's her "normal".

After all of that, we still decided to participate in the "take a picture of your pump" event.  However, we had to post an old picture of Ally and her beloved pump. 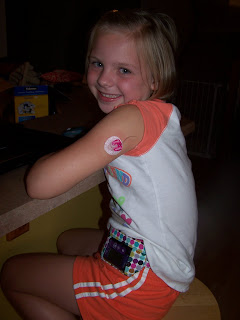