Ally started first grade 7 months ago. I was a nervous wreck about sending her on the bus....to a new, very large school....where she would be away from me for a total of 8 hours and 20 minutes! I'm sure that I received the label of "Crazy Mom" before school even started. I called the school almost every other day for several weeks before school started. I wanted a meeting with the teacher, the nurse, anyone and everyone who would be responsible for Ally's care during those 8 hours and 20 minutes. This meeting did happen. Not soon enough for me, but it did happen and I was a tiny bit relieved. The nurse seemed very organized and capable. She had a total of 5 children with Type 1 Diabetes in the school. The first grade teacher also seemed comfortable with the situation, she had a student last year who had Type 1 Diabetes. Great! We were off to a good start!

My initial impressions of both the school nurse and Ally's first grade teacher were correct. I feel so blessed to have both of them looking after Ally during the school day. They both communicate with me on a regular basis. In fact, they usually think of things before I do! When the H1N1 flu was running rampant in the school, they moved the cart with all of the T1 kids' supplies out of the clinic. I was impressed that they were making an attempt to keep them from being exposed to all of the germs of the "sick" kids coming into the clinic. I was even more impressed when I found out that the supplies were moved right into the principal's office. I realized what a sacrifice she was making. Imagine...5 diabetic children, times at least 3 BG checks per day...that's at least 15 interruptions per day. I was truly grateful that they had gone above and beyond to protect my daughter!

But Friday I had a wake up call! I was at school in the morning, volunteering in my daughter's classroom for an hour. As I was leaving, the teacher mentioned to me that they had received an email that Ms. Nurse was out today and there was no sub. NO SUB! WHAT?!??! I went straight to the office and asked what their plan was? She told me that the nurse from the high school would come down during the lunch period. Fine. But what about the rest of the day? Ally checks her BG before lunch, before afternoon snack, before getting on the bus at dismissal, and, some days, an extra time when she has PE. Well, they hadn't figured it out yet. Huh? I told her that Ally was capable of checking her own BG, but that I wanted someone there making the decisions about what to do with the information. After all, she is only 6! She said that someone would be in the clinic with her. Then I said, what if there is an emergency? She said that they would call me if there were any problems. Again, huh? Would they even know there was a problem? Obviously, it was not this poor secretary's fault that the nurse was out sick, nor was it her fault that they were unable to find a sub. And it was also apparent that SHE had no idea about T1 diabetes or she wouldn't have given me those answers. I convinced myself that it would be alright and that it was only one day. Then I went home and worried myself sick until I saw Ally step off that school bus at 4:20.

I had a lot of time to think about it that afternoon. In fact, I didn't think of anything else. If I had it to do over again, I don't think I would have left Ally at school that day. I should have just taken her home with me! As it turns out, everything was ok. But just ok. She came home with her slip - the one that lists all of her BG numbers, carbs, boluses, etc for the day. It was all in HER handwriting. Now, I am all about including her and giving her responsibility, but she is 6 years old! I noticed that the slip said her BG was 95 just before getting on the bus. I made a comment about how it should be over 100 before riding on the bus for 40 minutes. Ally said, "Oh, its ok. I gave myself 2 glucose tablets." After asking a few questions, I figured out that she made this decison on her own and "the lady" (as Ally called her) that watched her check her BG didn't even know that she had taken them. I realized at that point that someone truly was in the clinic with her when she checked her BG - JUST WATCHING! I told Ally that I was proud of her for understanding that she needed a fast acting carb at this time of day, even though she was not "low". And then I asked her how she decided that 2 was a good number of glucose tablets to eat. She answered that she only had 2 left! GREAT! What if there were 10 left, would she have eaten all of them? Or what if she didn't have any? What if she hadn't even thought to take any, would she have dropped low on the bus ride home?

It was a wake up call for me! I can never let my guard down. I was becoming too comfortable that someone else was taking care of my baby, making sure that her safety was number one. In reality, I am the only one that will ensure that her safety is always the number one priority. I am not mad at the nurse, or the secretary (who was probably the one "watching" her in the clinic). But I am going to make sure that the next time there is NO SUB, there is a better plan for Ally's safety!
8 comments:

My name is Misty and I am new to this blogging world! For a year now we have been living the same life as many of you. A life that we did not ask for. A life that we cannot change. A life where our little girl has to pay the price for a senseless disease. Our daughter, Allison, was diagnosed with Type 1 diabetes on February 10, 2009. She was just 5 years old. On that day, our whole world changed! 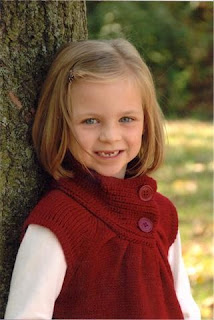 In fact, it already has. You see, I was only introduced to you and your blogs a couple of weeks ago. Once I started, I couldn't stop reading them. As I read some of them, I felt like you were writing the thoughts right out of my head. Others were compelling, some were shocking! I have smiled, laughed and cried at your blogs.

Ally noticed that I couldn't pry myself away from the computer and she asked me what I was reading. I explained that I was reading about other families who have children with Type 1 Diabetes. She was interested. "Mommy, can I read it too?" So I let her write a note to a couple of girls her age. She received a note back from both of them and is ecstatic! (Thank you ladies!) She wants to know all about them. She made me print their notes and she ran to find an old binder that she could keep them in. They were so special to her that she would not let me punch holes in them, so we had to find page protectors! She is scheduled to be Star of the Week in her 1st grade class in a week or so. She has been waiting for her turn for a long time and has about 20 "special" things that she wants to take in to share. This afternoon she told me that her MOST special thing is now her binder with her "new friends" in it and she can't wait to take it in to share with her class. :)

So, again, let me CELEBRATE you! Connecting with others who understand is already making a difference for me...and even better, for Ally!!
12 comments: